It is a truth universally acknowledged that what sells, and GOOD WRITING are two very different things. It is also a fact that most artistic geniuses, which are freely viewed as such today, were nobodies when they were alive, and in fact many of them were unbelievably poor and wretched.

Not all of them of course, Charles Dickens, being a carismatic charmer, made more money out of his public readings, which advertised his own writing skills, than from his journalistic writings. Mozart, who was a child-prodigy, wowed the nobility with his precociousness, and Lord Byron was also well-known not only for his boyish Casanova-like behavior, but also for his poetry and grace. These however are just flukes, and not the norm at all. 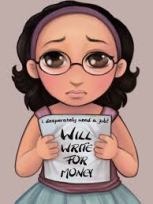 What sells is what magazines and newspapers look for. What sells is the thing most Editors really consider when reading a draft for the first time. Shakespeare was a struggling playwright in his time – one of the many trying to gain the attention of the nobility to earn a living. The same could be said for Marlowe, Blake and many other such artistic geniuses. They tried to find a balance between pleasing the masses and being true to their art. One wonders what great artistic treasures they could have produced, had they not been constrained by the need to earn money through the use of their talent. 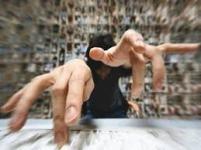 I need money. Doesn’t everyone? Now more than ever, I need money. This is the point in my life where I think, I will need money most. That is why I totally understand how and why a writer, a musician, an artist, sometimes has to prostitute his or her talent. It does not mean I like it. Hopefully, it will not always be so. I will always need money of course, but I dream of a time in future, when I will be comfortable enough to at least relegate my office hours to work, and then afterwards be free to write whatever I want, for the sole pleasure of writing it, and not for any other ulterior motives.

Of course, if others like reading what I write, and I make a gazzillion euros out of it, I won’t complain either ;p 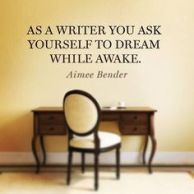