I guess one should be grateful about Plebs trying to write in English. People say it’s the effort or the thought that counts, and not the result – they say it when someone loses a competition or gives a lousy present, so I guess, seeing people whose written English is just so terrible, trying to make an effort, should give one a bit of hope right? At least they are TRYING to write. 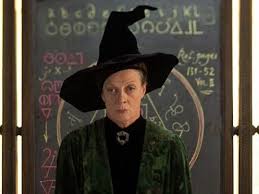 And yet, the conjugation of the verbs, not to mention the turn of sentences, or lack thereof really, are so bad – that I end up wondering. Wouldn’t it be better to just resign yourself to the fact that your English is terrible and that you are just not capable of writing, in English at least, instead of pushing yourself, and others, to suffer through that horrifying syntax? It’s torture really, especially when you’re a voracious reader tenderly minding your own business, and suddenly there it is. Like a freezing squall surprising you out of nowhere. Like a sudden punch in the face. Those bloody sentences which go nowhere, the lack of auxiliary verbs, the mixing of the past and present tense. And don’t let me start about the vocabulary. Ugh.

Yes, I’m kind of a language Puritan. What can I say? Would the term ‘Grammar Nazi’ fit? Perfectly I’d imagine. Oh yes, I make mistakes, especially when I’m typing using some itty-bitty mobile keypad, or when I’m distracted. But making a typing error in a status or a hurried comment is one thing, while actually publishing a whole article without even bothering to edit the bloody thing, is something totally different

For Pete’s sake, one can even do that with the auto-correct function these days!

And THIS is why I hardly ever read local amateurish stuff. 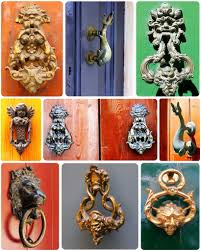 One cannot visit Malta without noticing the typical Maltese architecture prevalent in most cities and villages around the islands. When it comes to the embellishment of their traditional houses and monuments, the Maltese are one of the most colourful and creative country in Europe, decorating their facades with picturesque balconies, sculptured windows and shutters, and whimsical door-knockers.

History tells us that in pre-medieval and early medieval times, people did not knock on doors, but in fact used to scratch at them in order to announce their presence. Today, this may sound very strange and unpractical, yet one must remember that few if any Maltese used to actually lock their doors at the time, and that bashing at one’s facade was considered quite rude.

With the passage of time, the practice of scratching at doors was replaced with knocking, and this is how the “ħabbata” or door knocker, entered the picture. These door-knockers, which were available in numerous motifs, shapes and sizes, were to be found on every town house and dwelling, and helped the residents to either open or close their doors more easily. Door knockers could be made of ceramic, metal, or even brass, and each door usually had two of them – one on each side, or wing, of the main door, which was thus given a more stately and elegant look.

At the time, these door knockers were very important in that they served as a symbol of the status of the family who lived within the walls of the particular house. Knockers consisting merely of a plain ring denoted a simple family, whereas more elaborate rich knockers were a sign of affluence and power. The door knockers also reflected the personality and even the work or history of the family, in that they could portray the family crest or an allusion to it.

There are different types of door knockers in Malta.The traditional type consists of a ball or boss with holes at the side, from which a heavy semi-circular ring hangs. Usually in the middle of this ring, there is a small ball which hits against a round boss fixed to the door at a lower level. These types of knockers, which were often coloured black, could be found on all types of urban or rural buildings, even farmhouses. With time, more elaborate door knockers started to be crafted or imported. Sometimes the knocker ball was transformed into the head of a slave, an animal, a gargoyle, or a family crest. These would have holes in their faces or main part, from which a semi-circular ring hung. The sea-faring nature of the island was reflected in many of the most recurrent motifs like dolphins, seahorses, and sirens.

The upper classes and the members of the aristocracy had large baroque brass door knockers fixed to their main doors, in order to impress any visitor who might come to call. Door knockers also advertised the level of cleanliness of the house, as their shine would show the visitor that the family could employ maids who took care to polish and wax such decorations regularly.

As time passed, mechanical doorbells and intercoms started to take the place of door knockers, in that these were actually cheaper and produced a louder sound. Nonetheless, many people not only maintain the traditional knockers, but also continue to commission new designs, in a bid to conserve and highlight the unique identity of Malta, and preserve its heritage.

Just take a relaxed stroll down the idyllic cobbled streets of Valletta, Mdina or Cittadella, not to mention other typical villages like Qormi or Birkirkara, and you will certainly have the opportunity to admire many of these authentic works of art.

This article of mine was published on http://livinginmalta.com/miscellaneuos/maltese-door-knocker/