It really happened! Michael McIntyre, the 41-year old British stand-up comedian and actor, finally came to Malta! Reported in 2012 to be the highest-grossing comedian in the world, McIntyre had been a long-time favorite of many Maltese satire and comedy fans, and finally these were pleasantly surprised to learn that yes, their idol was performing in Malta as part of his world tour. The response of the Maltese was impressive.

Tickets for the comedian’s one and only performance, which was to take place on Saturday 22nd April at the Malta Fairs and Conventions Centre in Ta’ Qali, sold out within a mere 90 minutes of their availability. The response was so great, that another show on Friday 21st April, was later announced to be taking place as well.

Needless be said, I was one of those fortunate fans who managed to see McIntyre live, and boy, he was amazing. One of the things which impressed me was that even though he had been on the island for only one day, the witty and jocose actor had already started forming quite an impression about Malta and the Maltese. And as a real professional, he also joked and talked about his impression of our island during this show. Here are some points he made and which he presented in such a ribald and charming manner as to leave the audience roaring with laughter.

McIntyre told the audience of his surprise when, as soon as he left the airport, his car started to navigate up and down Maltese roads as if he were on a ship in high seas. ‘In Britain’, he said ‘we have a problem because traffic really slows down when there are road-works taking place, as these create obstructions. In Malta, it seems like you have solved this issue, since there are never any road-works at all.’ The snide, yet sincere jab had the audience totally in stitches. 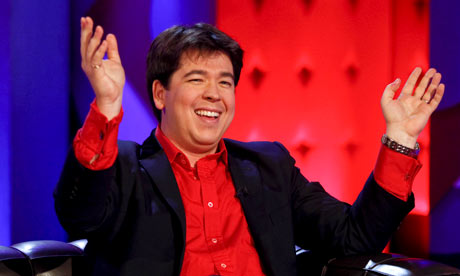 ‘It’s astonishing to see how common road-rage is among Maltese drivers. Everyone seems to be in a race, competing against each other. Your island is so small that you shouldn’t be worrying at all – you’re all going to arrive at your destination in a short time anyways!’

Michael seemed to be totally serious about this one, and we all agreed with him. He said that although he had visited many different countries during his tours, he was still awed at how beautiful most Maltese women were. He also noted that husbands and partners seemed to be very proud of their wives, wanting to introduce them again and again to the same person.

My article was published on LivingInMalta.com – please go here for the complete version.