Are you afraid of old age?

Ever since I can remember, it was not the thought of death which really terrified me, but of actually growing old. The thought of not having complete control of my body, and not being able to function in a self-sufficient manner, has always been a nightmare. I hate depending on others and being a burden, and the knowledge and certainty that someday, this time will arrive (if I do not die young that is), has always terrified me.

When I was nineteen, my grandfather, who was a writer, a poet, and a very intelligent man and whom I loved very much – had a stroke. He ended up in a wheel-chair, was not able to move the left side of his body at all, suffered from incontinence, and had to be lugged about, washed, cleaned, and taken care of by his two middle aged children and their spouses in order to survive. Day and night. Every day. For years. He begged us to let him end it. Twice, my mother found he had dragged his wheelchair to the window and was trying, ineffectually, to jump. Since assisted suicide is illegal in Malta, and since we didn’t want to let him go, we aborted his attempts. He suffered immensely for two years. And then, he had another stroke. A worse one, which caused him to actually forget who we were. I don’t even want to go into the agony I felt when my grandpa, who had been so independent, witty, and wise, who had survived the war and taught me to love books, reading and knowledge – didn’t even know who I was. 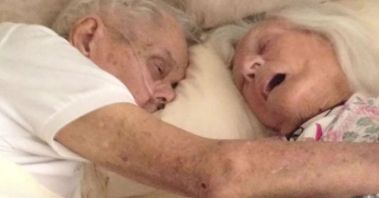 Anyways, after four and a half years of terrible pain, my grandpa died. I know that for him, this was a relief.

My grandma, his wife, is currently over 80 years old. She suffers from severe arthritis, can hardly walk, is almost deaf, and blind from one eye due to a botched cataract operation. She is lonely and misses my grandpa a lot. All she does is cry, swallow her pills (she has many of those), and pray. I love my grandma, but I know she is waiting for death. And that terrifies me.

It terrifies me because when I look at her, I see myself, as I will be, in some fifty or so years. It seems far away now… but time is short and flies quickly… and someday, that part of my life will arrive…

It does not bear thinking about…