The internet brought about a real revolution, and not just when it comes to communication and the media, but when it comes to the development of what I call ‘keyboard warriors’. These wannabe ‘rebels for any cause’ hide behind a screen and usually either use a false photo or/and a false name, waiting for the least excuse or imagined provocation to launch out into an all-out war or criticism, be it against a government, a company, an individual, a public person, or anything else under the sun. 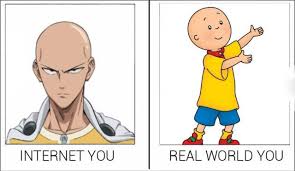 Of course, I’m betting in real life, these persons would probably be totally different. Not just your average Joe, but your average PASSIVE Joe, hiding snide thoughts and repressed emotions behind a veneer of passive-aggressive behavior interspersed with moments of acute low self-esteem. 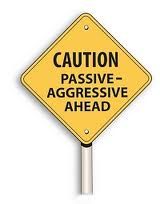 We used to call them internet trolls, but the difference between internet trolls and ‘keyboard warriors’ is that trolls are just there to have a laugh at someone’s expense while fermenting pointless argument and hatred, while keyboard warriors actually BELIEVE they are in the right about something, that everyone else is against them, and that they are smarter than anyone else who doesn’t have the same thoughts. They NEED to believe this, because it is the only thing which makes them ‘special’ in their own eyes, and elevates them from the mass of humanity they encounter everyday.. on the internet of course.

Most KB are usually either boisterous ‘friendly’ people one finds squawking every morning in the kitchenette at the office, making more and more noise in order to be the center of attention, or else the bespectacled fuming guy in the corner, smirking crustily at everyone else while not saying one thing. So, either one extreme or the other. The opposite of a balanced healthy individual.

After all, no balanced healthy individual would think riling and haranguing strangers each day was something to be proud of right?

Or he might just be a religious fanatic looking forward towards the end of the world and seeing it everywhere too. Forgot that one lol.