When I was a teen, I was obsessed with archaeology, especially Egyptology. I used to borrow books from the public library explaining the processes of mummification according to the ‘Book of the Dead’, record culture shows like ‘La Macchina del Tempo‘ and ‘Il Filo di Arianna‘ on T.V, subscribed to magazines relating the latest theories, and researched stuff for hours on the net.

Needless to say, that passion never fizzled out. Unfortunately, I do not have as much time to dedicate to this subject as I had when I was a jobless student, however I do keep my ears pricked for interesting archaeological developments and finds all the same. Especially living in a country like Malta, which though is a tiny island, is so very rich in pre-historical artifacts and temples – which are well-known as being among the oldest known temples in the world. Our temples are even older than Stonehenge or the pyramids! 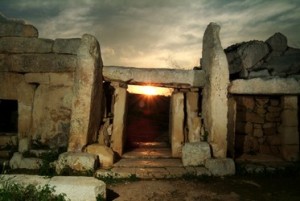 A couple of days ago I discovered a very good website with articles on such cultural and historical artefacts, finds, explorations, and monuments from all over the globe. The website is called ‘Ancient Origins’- http://www.ancient-origins.net/searchall/malta

As one can see form the particular page I pasted, this site has a number of articles focusing on Malta’s international importance and its incredible historical aspect. Something which I feel that we, as Maltese, unfortunately do not give as much value to as we should.

What is great about the website is that one can create an account, which works through a point-awarding system. What this means is that anyone with an account is awarded a number of points each time s/he comments on an article, gives a contribution, posts a message on a forum or shares an article on Facebook or Twitter, and with these points there are redeemable gifts and items one can get for free, like books, historical representations of statuettes, etc.

I’m really loving this page and have been hooked on it ever since I discovered it at the beginning of the week. There is so much to read and research on so many topics! I even found where series like ‘X-Files’ and ‘Supernatural’ (not to mention a number of epic fantasy novels) got their ideas from! Astounding!