If someone asked you to give a short interview on a T.V channel, and talk for ten minutes about a book of your choice – which book would you choose?

Incidentally, the plot revolves around a group of man-eating gigantic mutant rats, led by a two-headed overweight monstrosity living underground… people get killed and eaten while our main character, a lonely rat-catcher with no seeming past or ties of any kind, begs the powers that be to take action, but instead gets mired in tedious bureaucracy while innocent farmers and children in the surrounding countryside get bitten, mauled, gnawed upon, and turned into pulp.

Not the sort of thing one talks about during an interview with one of the organizers of the Malta International Book-fair on an educational channel – viewed by children and families, and espousing a wholesome and ‘respectable’ attitude. 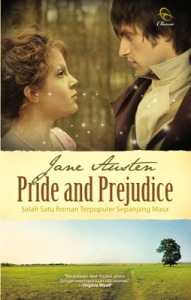 So, which book to choose? One of the Classics? How about Pride and Prejudice? Shall I wax lyrical on how mamas ‘used to’ fish around for the richest bachelor for their ‘tender damsels’ in need of husbands? Used to… yeah right.

How about Jane Eyre? Ugly, poor, unwanted girl leaves school and travels to a beautiful mansion with gothic undertones, to work as the governess of a perfect doll of a French girl with an attractive, rich, single uncle who’s VERY interested in the main character… hmm the theme of P&P seems to be hidden in this one, but still present. 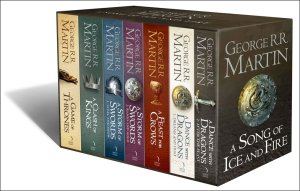 Something more modern then… George R.R Martin’s book series A Song of Ice and Fire – most commonly known as Game of Thrones? Nah – that one’s been reviewed, blogged, vlogged and analysed ad nauseum.

Umm.. shall I give the interview a feminist flavor with Maya Angelou’s I Know Why the Caged Bird Sings and preach against racism, rape and domestic abuse? Hmm might open a can of worms with that one.

How about trying to impress and mentioning Nobel Prize winner for literature Orham Pamuk and his My Name is Red? Better not = I tried reading that one and to be honest the style of writing did not ring my bell, so I did not even finish it *cringe*…

Well, fretting is pointless. I’m too shy to appear on T.V anyways so I’m telling the guy no. Thanks very much but no. I’m not the kind of person who likes to be in the spotlight. Quite the opposite actually. So, panic-mode averted and introvert mode reinstated.

So much for that hehe.