Have you ever been curious about your partner’s ex? Have you ever felt even just a little bit envious of the times they shared with your beloved, the way they knew him when he was younger, or perhaps different from how he is today? Or worse, have you ever suspected your partner might still have feelings for them, or that what they feel for you may not be as strong as their past relationship?

Daphne du Maurier’s Rebecca (1938) is a novel which explores such feelings. It is a book about obsession – not the obsessive all-pervading feeling of love, but the obsessiveness of envy, hate, and the morbid fascination of a wife for her husband’s ex. Rebecca, in fact, is not as one might suppose,the name of the narrator, but the name of Mr de Winter’s first wife. The deceased, elusive, sophisticated, beautiful Rebecca, whom the reader, and in fact the narrator, never meets, but who nonetheless haunts every page, every moment, every thought. 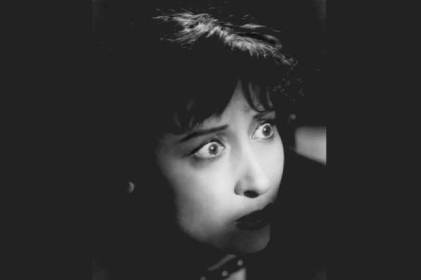 This novel was groundbreaking in its time, and still continues to be so for a number of reasons. First of all, for example, the actual name of the narrator and main character is never mentioned. We always hear her being referred to as “the second Mrs de Winter”, but we never get to know her real name. This is very important, as it denotes that the narrator herself suffered from such low self-esteem, and gave herself so little importance, that her own individuality is barely glossed over in the overall scheme of things. Another factor is that the narrator, we realize, is not actually the real main character.

The main character is in fact Rebecca.

When the young naive narrator meets and marries Maximilian de Winter, the wealthy landowner of the notorious mansion of Manderley, she knows that he’d been previously married, and that his first wife had died in a boating accident some time before. This however leaves her unprepared for the fact that back home at Manderley, all the servants, neighbors, and acquaintances still miss and look up to her husband’s first wife – a peerless socialite, beautiful, intelligent, brave and helpful. The perfect woman, wife and partner. Her husband won’t speak of her, and flies into a rage every time she’s mentioned. The housekeeper emphatizes the fact that Mrs de Winter had always wanted things managed just so, as though she’s still there, and Rebecca’s clothes, her monogrammed stationary, even her room, is left untouched. The house is still hers, as is the neighborhood, and the narrator comes to believe that even the man she married cannot possibly have gotten over his previous marriage. She feels like everyone is comparing her to her predecessor, and finding her wanting. The novel is beautifully written, rendering the reader to empathize with the narrator, and slowly becomes convinced – as she does – that something is not right and not quite as it seems.

The rest of this article was published on EVE.COM.MT and can be read here – http://www.eve.com.mt/2016/11/12/rebecca-by-daphne-du-maurier-a-review/

I am currently of two minds about this book. Having just finished it, I am still oscillating between amused interest and irritated indignation.

Following the Twilight destruction phenomenon, a spate of wanna-be teenage angsty star-crossed lovers ‘novels’ started to come out, all aimed at young people and all of them the same.

Mara Dyer Book 1 started with a very interesting (although not at all original) premise. The reader is unsure whether Mara is suffering from post-traumatic stress psychosis or if there’s something else. We see flashes of the truth, but the narrator is fallible, so we are still not sure what is happening. Everything is exciting, mysterious and a tad uncanny.

And then, everything goes to rot.

Enter Noah – the new Edward. Perfect in every sense, every girl wants him, but for some strange inexplicable reason he only wants quite, introvert Bella.. er I mean Mara. Noah is elusive and special. Rich and adored. And he has special powers! Surprise, surprise!

By the way, have I mentioned Noah’s equally perfect ex who bullies Mara with the help of her friend the blonde-Mr America? Are all the characters so beautiful and picture perfect? Yes! Gods even this is enough to irritate the hell out of me! Where are the fat chicks, the pimpled cowards, the bitchy sluts and the insecure people you REALLY find in every school in existence?!

Anyways, to be fair, there are many differences which tend to try and put Mara Dyer outside the Twilight zone… maybe I have become too adept at perceiving similarities everywhere? Hmm… Maybe it’s just me? Or not?

Anyways, Bella… I mean Mara, feels physical attraction towards Noah, but he keeps back (even though apparently he’s shagged every other thing in skirts), because… well no actual reason is given. He just refuses her advances… sounds familiar? To make matters even more… *cough*cough* cheesy, we realize that Mara too has special powers! Oh these two are so special! Their special powers complement each other so specially, driving the point home that, as Noah said ‘We are made for each other’… honestly, the syrupy sweetness is enough to curdle bacon. 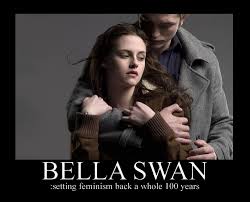 And yet… there could be something there… something more…

Maybe it’s just the awesome book-cover which is still getting to me lol (for some reason it seems familiar too…?)

Yes, I’m going to start reading the second book of the trilogy, ‘The Evolution of Mara Dyer’… maybe it will get better.

I surely hope it won’t be worse.

Today is one of those days when I have absolutely no energy or interest in doing ANYTHING. 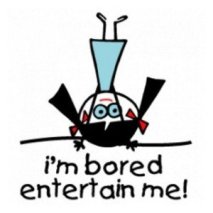 I woke up, I got dressed, I came to work. I had coffee, I wrote two articles for my magazine, I sent a proposal to the Polish editor who’s compiling the tourist website about castles, and I researched a bit. I also proof-read some working documents and glowered at a couple of colleagues whom I don’t like. I got groped by the usual guy (don’t ask) and had a semi-serious shouting match with a Director about the issue of Spring hunting (which I’M TOTALLY SET AGAINST).

But… still… I kinda feel jaded. I don’t know why. Like a blank canvas or a yellowed leaf – totally uninterested in anything and everything.

WTF seriously – is it because I totally loathe the narrator of the book I’m currently reading or what? Talking about Margaret Beaufort from Philippa Gregory’s ‘The Red Queen’ here. Now that’s a hateful bitch. What’s more I keep asking myself, how can a writer really capture the unreliable and irritating narration of someone so obviously misguided and twisted, while at the same time presenting a plausible and entertaining novel? Yesterday I watched the last Narnia movie ‘Voyage of the Dawn Trader’. For those of you who have read, and remember, the book – it is narrated by Eustace Pevensie, the damnably smart-ass and totally obtuse cousin of the four boys and girls we love and miss. Of course, half-way or so through the book, Eustace starts becoming a reasonably ok bloke, but up until that point, I’m sure every one of the novel’s readers absolutely hated the brat. And yet, the story-line and characters came through perfectly, even though it was obvious that the narrator was an unreliable one.

What’s the trick? Will I ever be able to do that?