If you love Maltese food, you’ve surely already sampled the famous ‘patata l-forn’, that is, Maltese baked potatoes. This dish, served as an accompaniment to a number of meat recipes, such as Maltese rabbit or baked poultry, has one particular ingredient without which it wouldn’t really have that wonderful taste we all know and love. That ingredient is fennel (bużbież).

Fennel is an indigenous herb from the carrot family, which is very common in the Maltese islands. It flowers between the months of May and October and featured so much in the lives of the Mediterranean people, that they even used it in their legends and myths. It was for example, thanks to a stalk of fennel that, according to Greek mythology, the hero Prometheus was victorious in stealing a bit of fire from Mount Olympus and the Greek gods. The ancient Romans used fennel as an eye-wash to treat visual problems, as well as a mouth wash to sweeten the breath, while Russian folk healers used fennel to treat colic.

Fennel, which is most abundant during spring and summer in Malta, sports pretty yellow flowers and is a resplendent plant which can reach up to three meters in height. Both the leaves and the seeds of the plant can be used to garnish or flavor meat, fish or cheese, however the traditional tasty touch which is given to certain particular recipes, such as Maltese roast potatoes or pork, can only be derived from the seeds. 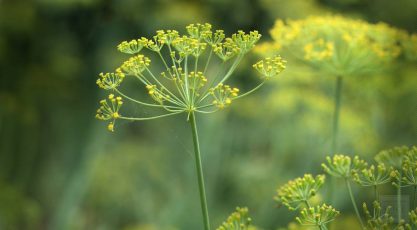 Fennel is even used in certain cocktails or alcoholic drinks. It is, for example, one of the main ingredients in the fermentation of the notorious 19th century green Absinthe.

Fennel seeds can act as a laxative and so aid digestion, as well as prevent flatulence and treat constipation. This herb contains iron and histidine, an amino acid which can be helpful in the treatment of anemia. Since fennel also contains high contents of fibre, it can also be helpful in maintaining optimal levels of cholesterol in the bloodstream. Fennel is also rich in potassium, which is vital for a number of important body processes and functions, such as reducing blood pressure, as well as increasing electrical conduction throughout the body, leading to an increase in brain function and cognitive abilities.

According to a number of health and medical sources, fennel can also be used to treat hormonal related issues, such as the female menstrual cycle, which can be a sensitive and painful time. Since fennel is anti-spasmodic, it can be a remedy for uterine cramps. It can also regulate out of control menstrual cycles since it contains an essential hormonal substance called ‘emmenagogue’, which stimulates the blood flow in the pelvic area and uterus, and can therefore aid in re-starting irregular period flows.

Preparations made from fennel seeds are also known to be used in cleansing milks to treat oily skin as well as eczema. Leaves can be used fresh, or prepared in an infusion with oil or vinegar. The seeds may also be ground and drunk with boiling water, as well as chewed as a good breath freshener.

This article was written by me and published on LivingInMalta. To access the original version directly, please go here.