I am currently of two minds about this book. Having just finished it, I am still oscillating between amused interest and irritated indignation.

Following the Twilight destruction phenomenon, a spate of wanna-be teenage angsty star-crossed lovers ‘novels’ started to come out, all aimed at young people and all of them the same. 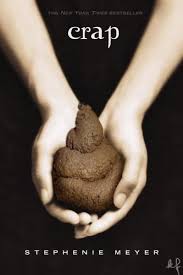 Mara Dyer Book 1 started with a very interesting (although not at all original) premise. The reader is unsure whether Mara is suffering from post-traumatic stress psychosis or if there’s something else. We see flashes of the truth, but the narrator is fallible, so we are still not sure what is happening. Everything is exciting, mysterious and a tad uncanny.

And then, everything goes to rot.

Enter Noah – the new Edward. Perfect in every sense, every girl wants him, but for some strange inexplicable reason he only wants quite, introvert Bella.. er I mean Mara. Noah is elusive and special. Rich and adored. And he has special powers! Surprise, surprise!

By the way, have I mentioned Noah’s equally perfect ex who bullies Mara with the help of her friend the blonde-Mr America? Are all the characters so beautiful and picture perfect? Yes! Gods even this is enough to irritate the hell out of me! Where are the fat chicks, the pimpled cowards, the bitchy sluts and the insecure people you REALLY find in every school in existence?!

Anyways, to be fair, there are many differences which tend to try and put Mara Dyer outside the Twilight zone… maybe I have become too adept at perceiving similarities everywhere? Hmm… Maybe it’s just me? Or not?

Anyways, Bella… I mean Mara, feels physical attraction towards Noah, but he keeps back (even though apparently he’s shagged every other thing in skirts), because… well no actual reason is given. He just refuses her advances… sounds familiar? To make matters even more… *cough*cough* cheesy, we realize that Mara too has special powers! Oh these two are so special! Their special powers complement each other so specially, driving the point home that, as Noah said ‘We are made for each other’… honestly, the syrupy sweetness is enough to curdle bacon.

And yet… there could be something there… something more…

Maybe it’s just the awesome book-cover which is still getting to me lol (for some reason it seems familiar too…?)

Yes, I’m going to start reading the second book of the trilogy, ‘The Evolution of Mara Dyer’… maybe it will get better.

I surely hope it won’t be worse.